Back to all posts
Home
/
Uncategorized
/
After Dad Passes Away, 6-Year-Old Uses Lemonade Stand Earnings To Take Mom On Date

No child should have to go through the pain of losing a parent. Sadly, at just 6 years old, Brandy Campbell had to do just that. The Denver boy’s father passed away of Stage 4 Colon Cancer. Naturally, the Campbell family was devastated by the loss, but what Brady did next is truly inspiring.

His mother, Amanda, said: “Brady is a very sweet soul. He’s always looking out for everybody else and I think he really learned that from his dad.”

Among the neighbors and friends that showed up to show their support was a Denver police officer. Once he learned the story behind the Lemonade Stand, he put in a call to other first responders.

Shortly after, firetrucks and police began showing up.

When it was all said and done, Brady had raised $244. But, he wasn’t finished yet. Brady intends to use the money to take his mom on a date to lift her spirits. What a wonderful kid.

Adding a dog to your family can be one of the best decisions you ever make for your kids. Canine family members teach children about love, empathy, responsibility, and the lifecycle. There are some specific… 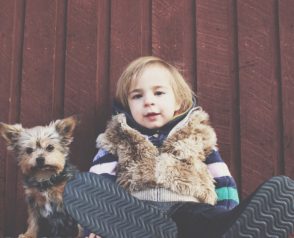